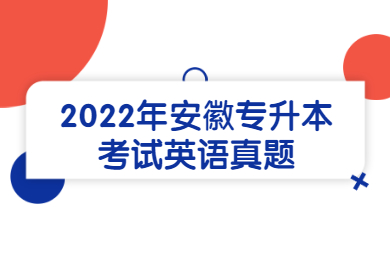 Shopping habits in the United States have changed greatly in the last quarter of the 20th century. 1 in the 1900s most American towns and cities had a Main Street.Main Street was always in the heart of a town.This street was 2 on both sides with many 3businesses.Here, shoppers walked into stores to look at all sorts of merchandise: clothing,furniture,hardware,groceries. 4 ,some shops offered 5 .These shops included drugstores, restaurants, shoerepair stores, and barber or hairdressing shops. 6 in the 1950s, a change began to 7 .

Too many automobiles had crowded into Main Street 8 too few parking places were 9shoppers.Because the streets were crowded, merchants began to look with interest at the open spaces 10 the city limits.Open space is what their cardriving customers needed.and open space is what they got 11 the first shopping centre was built.Shopping centres, or rather malls, 12 as a collection of small new stores 13 crowded city centres. 14 by hundreds of free parking space, customers were drawn away from 15 areas to outlying malls.and the growing 16 of shopping centres led 17 to the building of bigger and betterstocked stores.18 the late 1970s,many shopping malls had almost developed into small cities themselves.In addition to providing the 19 of one stop shopping, malls were transformed into landscaped parks, 20 benches,fountains,and outdoor entertainment.

What makes a person famous? This is a mystery that many people have pondered. All kinds of myths surround the lives of well-known people.

Most people are familiar with the works of William Shakespeare, one of the greatest English writers of the sixteenth century. Yet how many know Shakespeare the person, the man behind the works?

After centuries of research, scholars are still trying to discover Shakespeare's personal history. It is not easily found in his writings. Authors of the time could not protect their works. An acting company, for example, could change a play if they wanted to. Nowadays writers have copyrights that protect their work.

Many myths arose about Shakespeare. Some said he had no formal education.There are rumors that he left home when accused of stealing a horse. Others believe that he began his career by tending the horses of wealthy men.

All of these myths are interesting, but are they true? Probably not.

Shakespeare's father was a respected man in Stratford, a member of the town council, He sent young William to grammar school. Most people of Elizabethan times did not continue beyond grammar school; so, Shakespeare did have, at least, an average education.

Some parts of Shakespeare's life will always remain unknown. The Great London Fire of 1666 burned many important documents that could have been a source of clues. We will always be left with many questions and few facts,

A. the Great London Fire

B. the lost documents of Shakespeare

2. Parts of Shakespeare's life continue to remain a mystery because

B. researchers do not have the expertise to find the facts

C. writers had no claim over their works

3. From this passage we can infer that Shakespeare ____.

A. was a horse thief

B. had no education

C. is surrounded by myths

D. was popular in Stratford

A. a direct statement